Objective: Given the relevance of scientific training in undergraduates whatever their future professional practice and viewing that consistent bibliographic usually limit scientific training to a component of the medical curriculum, this approach intends to go a step further seizing each discipline of the medical curriculum for developing progressively scientific competencies. In this context, a strategy, integrating scientific and disciplinary competencies (in this case, Histology and Embryology), is presented

Material and Method: The strategy was applied for fifteen years to 2000 ± 500 students per year while they were studying Histology and Embryology, one of the first-year disciplines. It included planning steps carried out by Ph.D. professors as well as the implementing and evaluating ones in charge of these professors and properly trained teachers

Results: Averages of percentages of enrolled students who did not start the course, who dropped out before being able to take the final disciplinary evaluation, who could take it and who were promoted to the second year during fifteen years are registered. Likewise, an average of 80% of them satisfied with this strategy and the positive impact on the corresponding competencies of Biology, another first-year discipline, are also recorded.

Conclusions: This strategy, implemented between 1986 and 2001, proved viable and fruitfully relevant until a curricular transformation limited its continuation without generating its equivalent replacement. Beyond the elapsed time since then and the reasons hindering its full accomplishment, this long-standing approach is rescued so that it may eventually be considered and improved by those who may value it profitably for their curricula.

Whatever their future professional practice, scientific training is extremely relevant for undergraduates. This is reflected in consistent bibliographic reports on implementing research challenges,

However, those reports – even some from our own – usually limit scientific training to a part of the medical curriculum and separately of any medical discipline (1, 2, 3, 4, 5, 6).

Consequently, this approach intends to go further seizing each discipline for raising scientific thought from the beginning to the end of the medical curriculum. Hence, students may build progressively, piece by piece, a solid and useful scientific construct from the first to the last discipline of their career.

In this context, this paper presents a long-standing strategy, integrating scientific and disciplinary competencies (in this case, Histology and Embryology).

This integrated strategy was applied for fifteen years to 2000 ± 500 students per year while they were studying Histology and Embryology, one of the first-year disciplines. It was part of the progressive scientific curricular training registered in Table 1 which provides an orienting outline to clarify the related contributions coming from Histology and Embryology.

The planning step, carried out by Ph.D. professors before learning meetings, required:

(A) Establishing the scientific competencies to be trained integrated with the histological and/or embryological ones. Among them: proficiency in English along with novel information and communication techniques (ICT) (actually, a prerequisite), science (origin, evolution and characteristics), types of scientific reasoning: deduction, incomplete induction, abduction, and analogy, null and alternative hypothesis, corroboration and refutation of hypotheses, critical thinking (confrontation of pros and cons) and quantitative and qualitative methods; (B) Design of histological and/or embryological lectures and practical meetings including the abovementioned scientific requirements and/or simultaneous scientific-proceeding challenges like (a) discerning between characterization and definition, description and explanation, beliefs, opinion (doxa) and scientific knowledge (episteme), suspended (doubt) or absent judgment (ignorance) and certainty; (b) making bibliographic updates through critical searches on well-qualified sites; (c) extracting the core from publication summaries; (d) registering references according to APA, Vancouver, Harvard or other publication standards; (e)  two-dimensional interpretation of figures and three-dimensional bodies, and (e) evaluating the accurateness of methodological procedures, among the main ones (7, 8).

The study of microscopes, histological techniques, cells, tissues and organic systems as well as the embryologic development, differentiation and maturation allow facing their discoveries and temporary modifications. In this regard, appreciation of where knowledge comes from and how it diachronically changes reveal why science is dynamic and provisional. Besides, it allows complementing other science characteristics and applying timely all the aforementioned concepts.

As a result of a car accident, a 38-year-old female, blood group AB Factor Rh-negative, suffered multiple injuries. Without losing her consciousness but dizzy, she was quickly transferred to a hospital. There, she was transfused with 500 cc. of blood after revealing: blood pressure: 90/40 mmHg; pulse: 145 / min; hematocrit: 28% and axillary temperature: 36.5 ° C. On her right leg, she evidenced superficial and deep burns of the first and second degree, pain in some of them, and blisters. On the left leg, an exposed fracture and a bleeding vascular lesion were perceptible. The fracture and the vascular lesion were surgically repaired, and a cast was placed on the left leg, immobilizing the knee and ankle joints for 30 days. Burns were treated according to their grade whereas gamma globulin and tetanus vaccine were injected. The patient remained in hospital. Later, one of the burns was contaminated by hospital germs leading to an infection with fever and lymphadenopathy for which antibiotics were administered. The clinical condition improved favorably. Other non-infected burn did not heal satisfactorily, leading to a skin autotransplantation. The patient evolved without complications or sequelae of her burns and fracture. When removing the cast, the left leg revealed less volume and less strength than the right one with some movement difficulty of the ankle joint. Rehabilitation was indicated (9).

Analyze the presented problem, pointing out to its histophysiological contents, and relate the symptoms and signs with the histological structures and functions.

What kind of scientific reasoning is employed in this problem?

Are there any descriptions and/or explanations about it?

What bibliography did you searched for? And what was its year of publication?

Establish some hypotheses that may guide the adopted decisions.

On what scientific basis the described decision is made?

The method followed is more quantitative than qualitative or vice versa?

How do you imagine the same situation during the XIXth century or at the beginning of XXth one?

When did antibiotics appear, and which was the first one of them? What is serendipity?

Analyze why an embryo-fetus may develop Down syndrome

Establish the most frequent embryological problems accompanying this syndrome

What additional examinations the gynecologist indicates for corroborating or refusing his own hypothesis?

Is the woman’s conjecturing a hypothesis? If so, why

What kind of scientific reasoning is employed in this problem?

The method followed is more quantitative than qualitative or vice versa?

From an integrated standpoint, both implementations demanded: (a) motivating, didactic, valid, reliable, and up-to-date knowledge transmission; (b) fostering attitudes, habits, and values, advocated by examples and liable to emulation, and (c) knowledge application and development of cognitive, communication, and motor skills through problem-solving.

Finally, the evaluating step was carried out during the formal six periodic evaluations and the final one through oral and/or written tests in charge of the abovementioned Ph.D. professors and trained teachers.

Furthermore, a complementary interaction was performed with Biology, another first-year discipline including Methods in Scientific Research among its activities, for establishing the eventual positive impact of the Histology and Embryology strategy.

Table 2 synthesizes steps, method and responsible of the strategy.

Table 2. Details of the strategy: steps, method and responsible for each one of them

For fifteen years, an average of 25% of the enrolled students (2000 ± 500 per year) repetitively did not start the course. An average of 25% of the coursing ones dropped out before completing all the proposed chances for remaining able to take the final disciplinary evaluation while 55 ± 5 % of those students, who completed the course in good terms, could take this kind of examination. In this regard, 75 ± 5% of the students were usually promoted to the second year.

In this framework, this strategy, combining the discipline with the first stages of scientific thought, turned out to be satisfactory to an average of 80% of them according to a brief, anonymous and voluntary poll carried out immediately after that examination.

Furthermore, throughout its application, Biology reported in parallel a positive impact on its corresponding competencies.

This strategy, implemented between 1986 and 2001 when a curricular transformation changed the abovementioned approach, showed to be feasible and fruitfully relevant.

In the new curriculum, Histology, Embryology, and other first and second-year disciplines became interdisciplinary areas and scientific competencies were brought together in an instrumental one: Methodology of Scientific Research (10). Without being replaced by other equivalent process, both changes prevented the implementation of the strategy as formerly carried out evidencing that, sometimes, advances in many respects may produce regressions in certain others.

Beyond the elapsed time since then and the reasons hindering its full achievement, this long-standing approach is rescued from the past so that it may eventually be considered and improved by those who may value it partly or entirely successfully for their curricula.

To sum up, I am still utterly convinced that every discipline (and every curriculum) gives enhancing opportunities in this regard and that these opportunities cannot be disregarded.

The author deeply acknowledges his unforgettable friend Norberto David Bassan MD (†) for his invaluable collaboration in the original design. This design not only influenced most of our publications cited in the references, but it was fed back by them in an enriching circle.

Likewise, the author wishes also to thank the permanent, friendly, and fruitful help received from Professor Oscar Adelmo Bottasso MD, Ph.D, former Director of the Institute of Clinical and Experimental Immunology of Rosario (IDICER, CONICET-UNR), member of the Provincial and National Academy of Medicine and Distinguished Doctor and Master of Medicine of the city of Rosario (Rosario, Argentina). 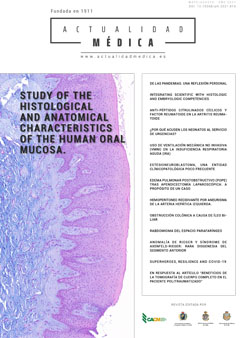